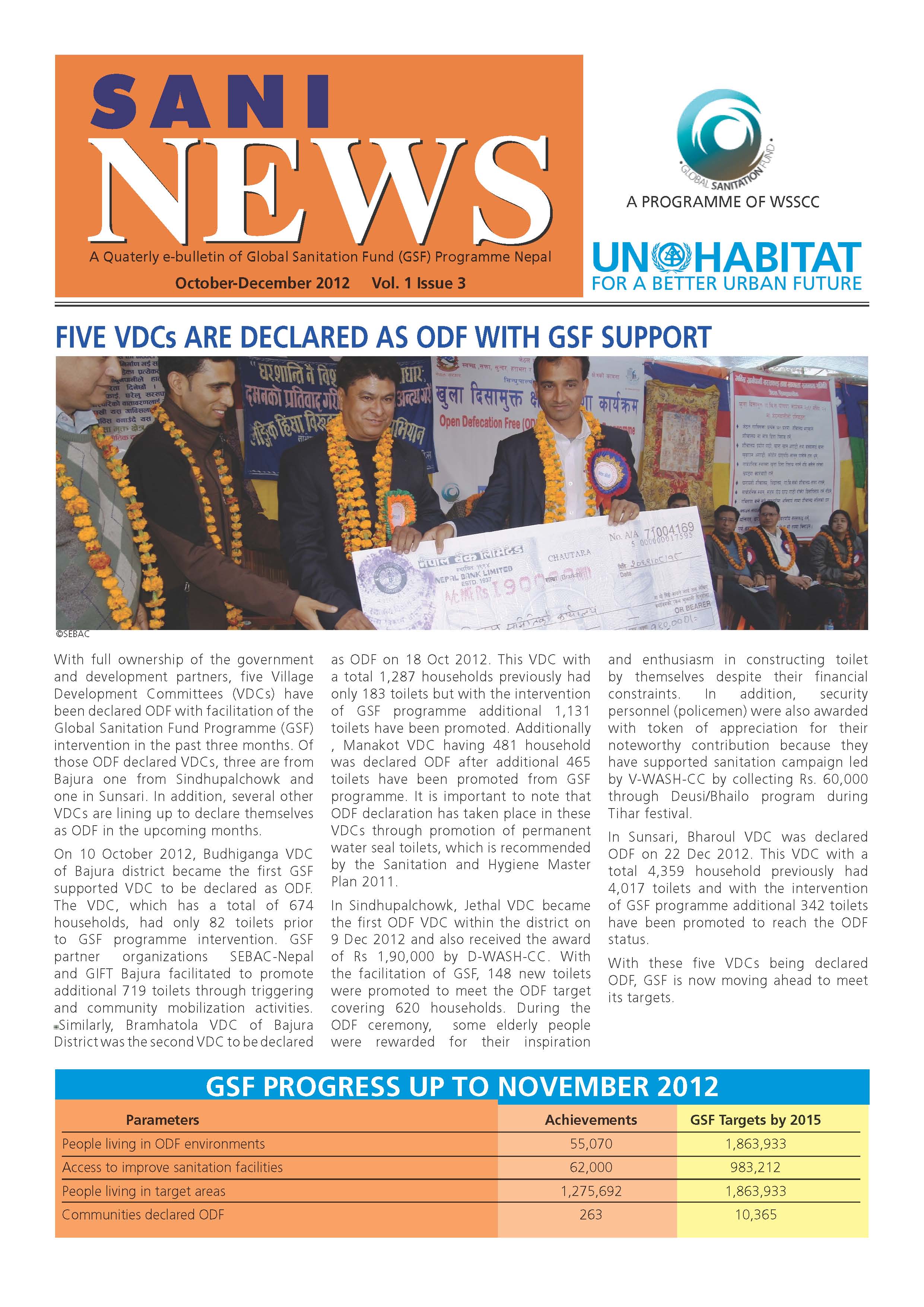 As we head towards 2013, it is important to recall three key events from this last quarter of 2012. The first happened on 10 October 2012. Exactly two years after the launching of the GSF programme in Nepal, the first GSF supported Village Development Committee (Bhudhiganga VDC of Bajura district) was declared as open defecation free (ODF). This was followed by four more VDCs being declared as ODF by December 2012. This clearly shows that the efforts of GSF are starting to bear fruit and we expect many more VDCs to declare themselves as ODF in the days ahead.

Besides triggering communities to become ODF, another major aim of GSF is to influence the sector as a whole. In this context, the National Sanitation and Hygiene Coordination Committee accepted GSF Nepal’s proposal to initiate a campaign to project Bhaktapur as a model on the occasion of the fifth South Asian Conference on Sanitation (SACOSAN V). GSF Nepal has responded by taking on the challenge of working closely with the Bhaktapur District WASH Committee and other key stakeholders to ensure that the district as a whole is declared as ODF by November 2013. UN-Habitat will also provide technical support to Madhyapur Thimi and Bhaktapur municipalities in preparing and implementing City Sanitation Plans.

On 26 November, the government released the findings of the National Census 2011, which showed that 62 percent of the households in Nepal have toilets. This key finding shows that the country has made significant progress in the sector and the intermediate target of 60% sanitation coverage by 2012/13, set by the Sanitation and Hygiene Master Plan and the Three Year Interim Plan ashas been met.

These key events from the last quarter of 2012 give us additional inspiration as we move into 2013, which will be a major year for sanitation movement in Nepal as we will be hosting SACOSAN V. UN-Habitat takes this opportunity to wish all of you a very happy and productive new year.