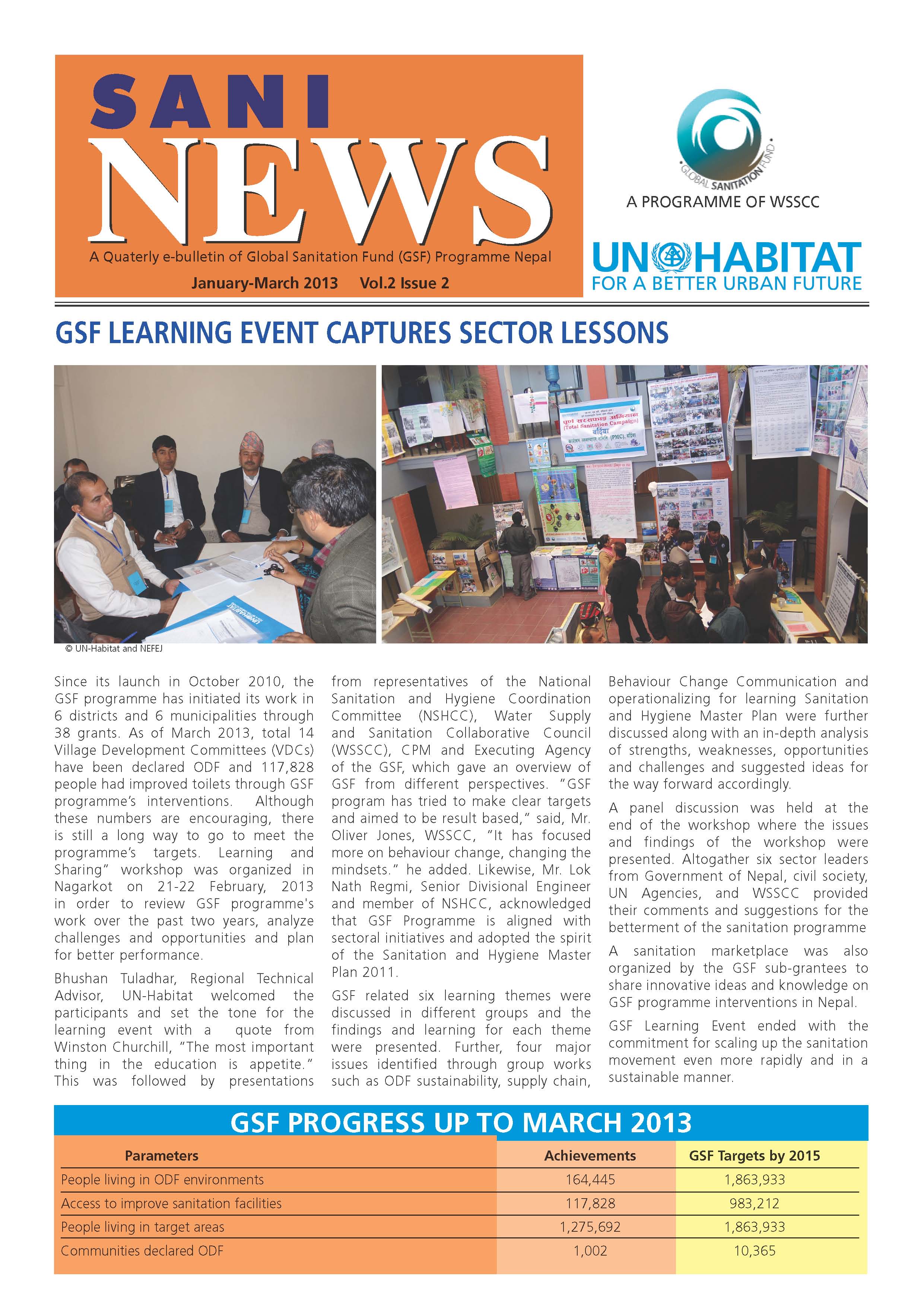 Invest in Urban Sanitation
It is great to see that Bhaktapur is on its way to become a model district by the time the Fifth South Asian Conference on Sanitation (SACOSAN-V) arrives in Nepal later this year. With support from the GSF Programme, Duwakot has become the fifth VDC as open defecation free and the sanitation movement in the remaining 11 VDCs is also surging ahead. The challenge now is to demonstrate effective systems for urban sanitation in the cities of Bhaktapur and Madhyapur in the district. Although the toilet coverage in the municipalities is fairly high the main challenge is that most all the waste and wastewater from these two municipalities are currently being dumped in the Hanumante and other rivers and Madhyapur Thimi, with a population growth rate of over 6 percent per year, is at the forefront of urban expansion in Kathmandu Valley. Madhyapur also has a large informal settlement with poor sanitation facilities on the banks of the Manahara River. In this context, UN-Habitat looks forward to working closely with Madhyapur Thimi and Bhaktapur municipalities and other stakeholders to develop and implement City Sanitation Plans. While declaring the municipalities as ODF will be the first step for improving sanitation in the two cities, other aspects of urban sanitation such as public toilets, and decentralized waste and wastewater treatment systems also need to be addressed.