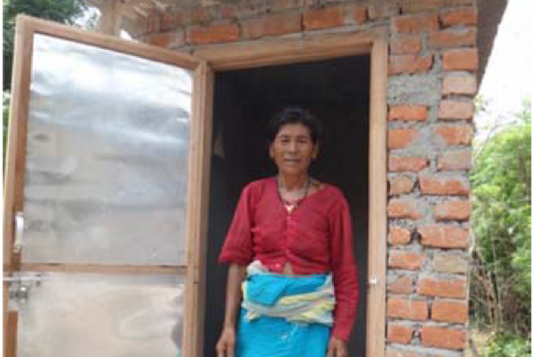 She also remember those days when she use to defecate in the nearby jungle but due to the daily complain of her neighbhours she stopped defecating there and went to her brother’s toilet. Later her sister-in -law refused her to use the toilet and saw bio-gas toilet in her neighbhours but was unable to build one due to her poor financial condition.Later in the VDC after the GSF programme was implemented,she came to know the importance of the toilet and started building one for herself through the old age pension she used to receive.